5 things I've learned about myself in Colorado. 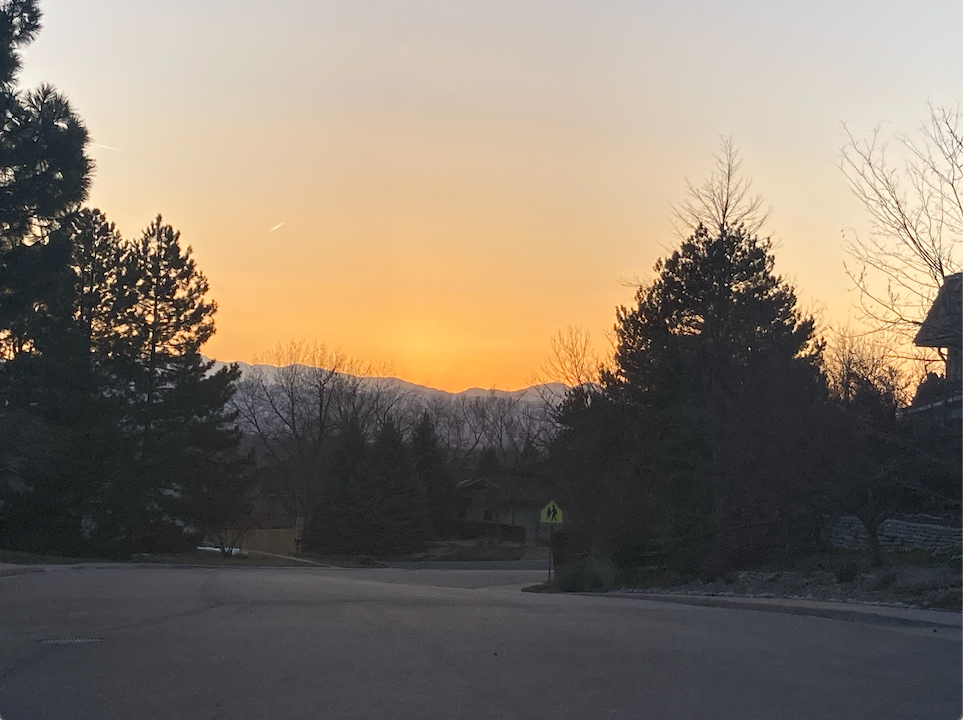 Conveniently, you don’t see the loneliness, the depression, the self-doubt or the overthinking.

When I quit my job, left the Northeast and moved to Colorado in March, I knew I’d inevitably face this.

The views, the sunshine, the bike rides, the beer and the good vibes would undoubtedly be amazing, but I knew upending my life would bring challenges that most of you would never see.

You saw the inspirational street art and breathtaking city views, not the moments I wanted to fall asleep at 2 p.m. to escape the crippling anxiety I felt.

You saw the coffee shops and the bike paths, not the walks where I ran circles in my head, wondering if I’d made a mistake in giving up my life.

To tell the truth, this has been hard.

But I don’t regret coming out here.

Because in my opinion, traveling is more educational than recreational. Every time I leave home, I want to learn. About the world. About other people. And most importantly, about me.

I wanted to answer questions:

Could I prove I don’t need the stability of a big corporate job?

Could I start somewhere anew, without the luxury of family and friends nearby?

In a fully remote work life, where do I belong?

After two and-a-half months in Denver, I’m not ready to answer all of them. When I return to the Northeast next month, my heart will hopefully tell me the truth.

But until then, here’s five things I’ve learned about myself during my stay in Colorado.

1. Working 10 hours per week isn’t as good as it sounds

It’s become an American Dream, partly inspired by Tim Ferriss’ bestseller The 4-Hour Workweek, to work much less and to fill the remaining time with leisure activities. In the book, Ferriss explains how he automated most of his business and used his free time to travel the world, taking tango lessons in Argentina, becoming a world-class martial artist in Japan and scuba diving in Panama.

Listen, I get it. Most of you are probably salivating at the thought of that kind of freedom and adventure. This lifestyle sounds great.

But for 99 percent of you, it’s impractical to the point of undesirable.

And that includes me.

For a person who genuinely enjoys working -- the process -- I know it’s just not for me.

When I arrived in Denver, I had two jobs that took up 20 hours per week. But then I lost one of those jobs, reducing me to eight hours.

I spent most of April depressed once that job disappeared. Not because I liked it or missed the paychecks, but because I needed something to fill time.

There’s only so many coffee shops I can visit. Only so many day trips to take. Those luxuries are meant to be a getaway, not a lifestyle. The nomad life sounds idyllic, but I couldn’t do it.

But 10 hours are just too little for an ambitious and motivated person like me.

I hope to find a happy medium.

2. Human beings are wired for community

Part of the reason why working so little doesn’t satisfy me, is because I don’t feel like I’m a part of anything.

I never realized this until Dana White, the UFC president, spoke to Bill Simmons on his podcast about why he rushed the UFC back early on in the pandemic, before all the other major sports leagues.

He said, “We all joke and say we want to retire. That if we had this much money, I would do this and that. Bull shit.”

He continued, “Because the reality is, as human beings, we have to wake up every day and be a part of something...it’s in our DNA. It’s the way we were built...There’s only so many trips you can go on and movies you can watch...there has to be more to your life than just that.”

Reckless decision-making aside, he’s absolutely right, and I’d never thought about it until he said it.

We are meant to be a part of something. To work toward a goal, and to do it with other people.

By working so little and living in a new place, I felt left out.

That’s why I’ve fallen into cryptocurrency in the past month. I’ve found an online group filled with positive and inspiring individuals that’s centered around love, compassion and this new technology that will change our lives forever.

That bond is an essential component of living a happy life, and I know that now.

3. Create for others, not yourself

When I started this podcast in September 2020, it was all about me. Hence the name of the show.

I felt stuck. I missed interaction. I wanted to express myself.

That felt selfish and self-absorbed.

So when I came out here, I switched the ethos of this show.

It’s not so much about me.

And when I do talk about me, it’s hopefully to help you, or inspire you, or educate you, or make you feel something.

The essays I write, interviews I conduct, videos I post, and clips I share are all for you.

I’m not pushing any agenda. I’m not trying to get famous or get rich-quick. Fuck that -- I don’t want that.

I simply just want to help people and make the world a better place. It’s all I’ve ever wanted to do, and it’s all I’ll ever continue wanting to do.

I’ve learned this lesson before, but my time in Denver has further proven it to me.

We bitch and moan about a situation. We tell ourselves we can’t do something, that we’ll never survive under a certain circumstance.

Knowing I’ve lived without a car before, I didn’t sweat my decision to leave it back home.

Sure, it’s made life more difficult. But, it’s allowed me to walk and bike more and learn how to become a public transit wizard.

Secondly, when I lost that job mentioned above, I lost a substantial amount of income.

So, I quickly adjusted. No more appetizers. No more organic everything. No more this, no more that.

We’re human beings. We’re resilient. We just figure it out.

5. “Turns out not where, but who you’re with that really matters.”

Yes, this is a Dave Matthews quote.

I first realized this on a solo trip to Scandinavia last year.

In Copenhagen, one of the coolest cities in the world, I felt alone and depressed.

Despite the amazing coffee shops, out-of-this world bread, old architecture and scenic views, I felt empty inside, almost unable to conjure up any feelings of awe or appreciation.

Instead, I was sad.

But that was just a few days. When I came to Colorado for a longer stay, I wanted to test my hypothesis.

Now that the experiment is over, I’m ready to confirm the results.

It’s not where, but who you’re with, that really matters.

Colorado is arguably the coolest state in the country. You’ve heard me ramble about the sunshine, the fitness culture, the food scene, the nice people and the unbelievable scenery.

But once I completed the honeymoon period, all of that meant nothing.

The mountains no longer inspired me.

The city no longer excited me.

The weather no longer impressed me.

Because nothing we do in life matters if we can’t share it with the people we care about.

And that may be the most important lesson of all.

Thanks for showing me that, Colorado.