Five of my favorite things to do in Denver. 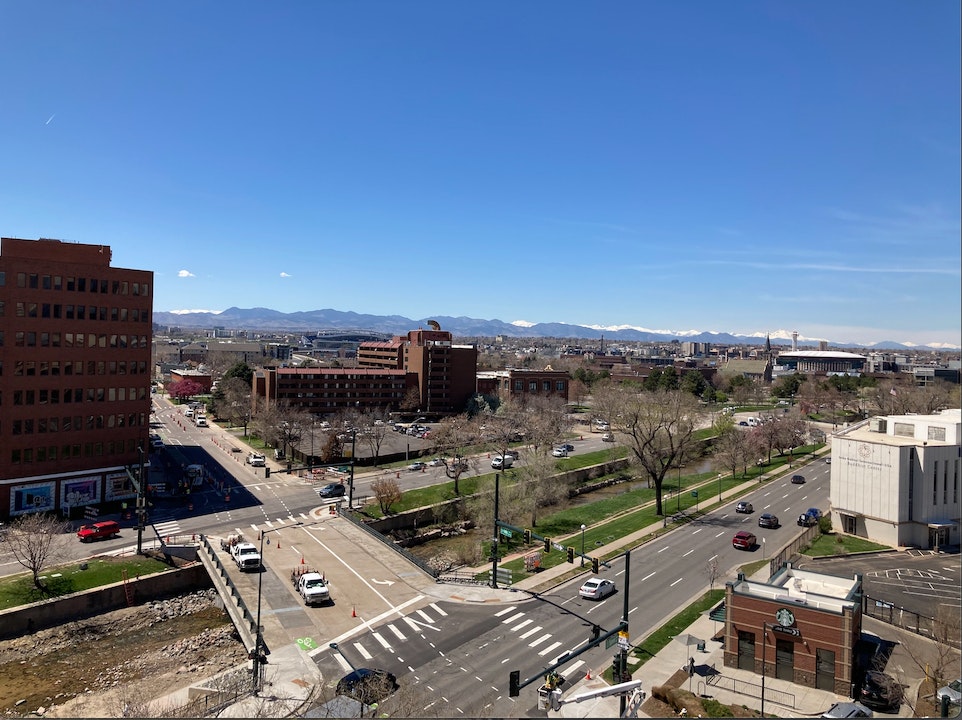 When I first visited Denver in 2018, I felt something inside me. Something electric. The city’s gravitational pull sucked me in, and I never wanted to leave.

The surrounding scenery spoke to me. Everywhere I turned, I caught glimpses of The Front Range overlooking the city, sitting seemingly so close, yet, so far away.

The people carried themselves differently. Denver, unlike the East Coast cities I’d grown up in, felt less busy, less self-absorbed.

Some day, if my life back home fell apart, or if I needed a fresh start, I told myself I’d return to Denver. That I’d take a chance, move out here and begin anew.

Earlier this year, after an unfortunate turn at my job at ESPN, I decided to make the leap. After three and-a-half years at an amazing company, I moved out of my beloved Connecticut townhouse in the quaint New England town of Plantsville, and finally did something I’d fantasized about for years.

I came out to Denver.

After two-plus months here, I still feel the same way about the city: struck by its natural beauty, enchanted by its people, and in love with its laid-back culture.

Will I stay here long-term? That question remains unanswered.

But until decision-time comes, I thought I’d share some of my favorite Denver activities for those of you curious about my adventures, or for any of you considering a visit or move to one of America's most popular cities for young people.

So, in no particular order, here’s five of MY favorite things to do in The Mile High City. 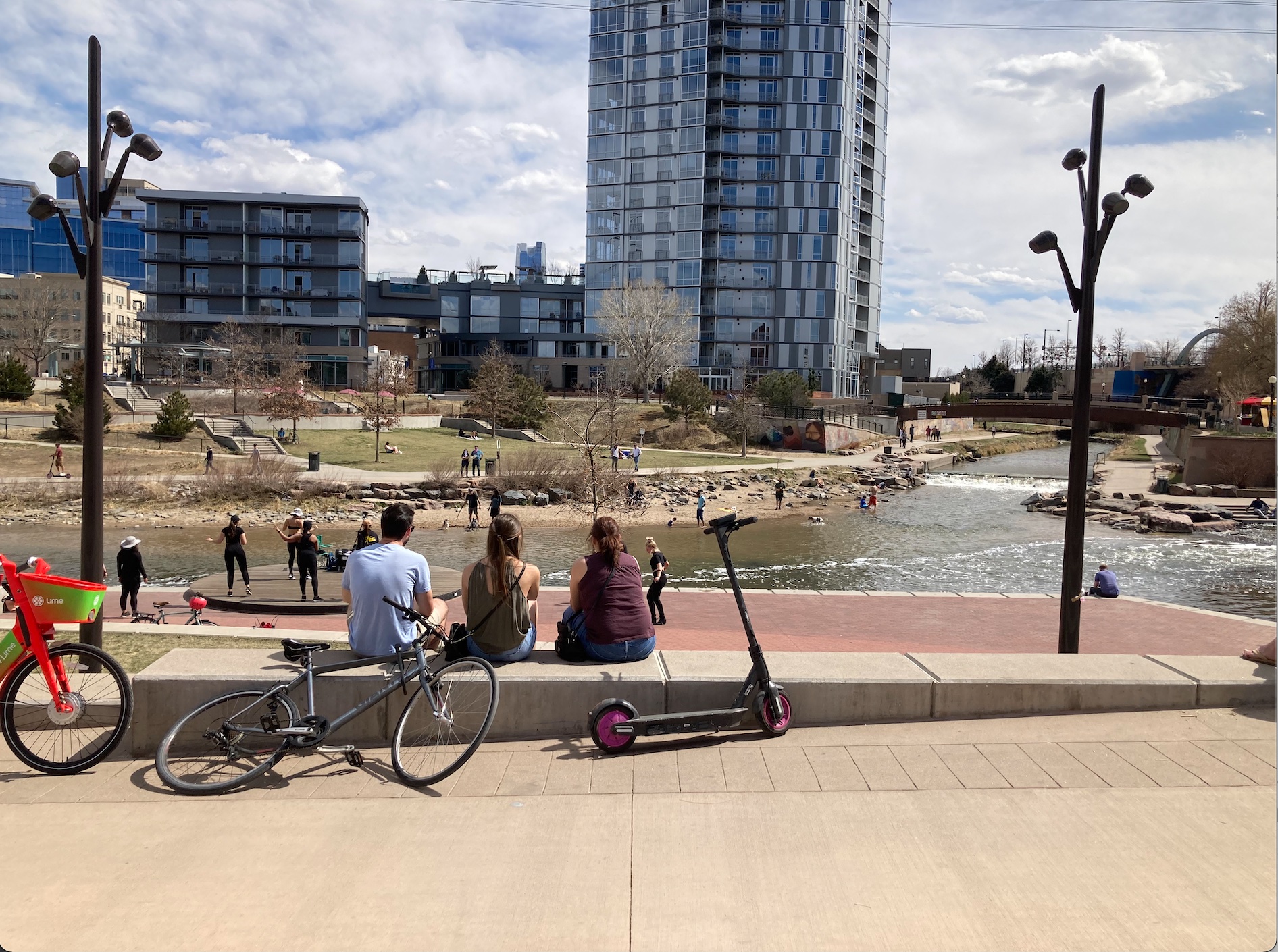 1. Ride my bike along the Cherry Creek Trail

Perhaps my favorite thing about Denver, and Colorado in general, is the physically active culture that’s ingrained into the state.

The mountains beg for Colorado’s citizens to climb them in the summer and to descend them in the winter. You can find wide sidewalks on any street for the walkers out there, and bike lanes for the folks taking two wheels to work. Heck, even on the light rail, the city's public transit system, you can bring your bike on board!

When I left Connecticut, I lamented the fact that I’d no longer walk or bike along the Farmington Canal Trail, an 81 miles-long paved bike route that takes you from the Massachusetts border to New Haven.

Luckily, the Cherry Creek Trail, located in a much more scenic part of the country, has filled this void.

The trail runs 40 miles, beginning near the heart of Lower Downtown and winding its way all throughout Denver, eventually out of the city entirely. Along the way, you’ll encounter city life, the famous Cherry Creek shopping center, rural settings, forestry, golf courses, street art, wildlife and so much more, all while riding along the Cherry Creek.

It’s a wonderful way to see the city and its surrounding areas, and I’d suggest anyone get on a bike and just go for miles. 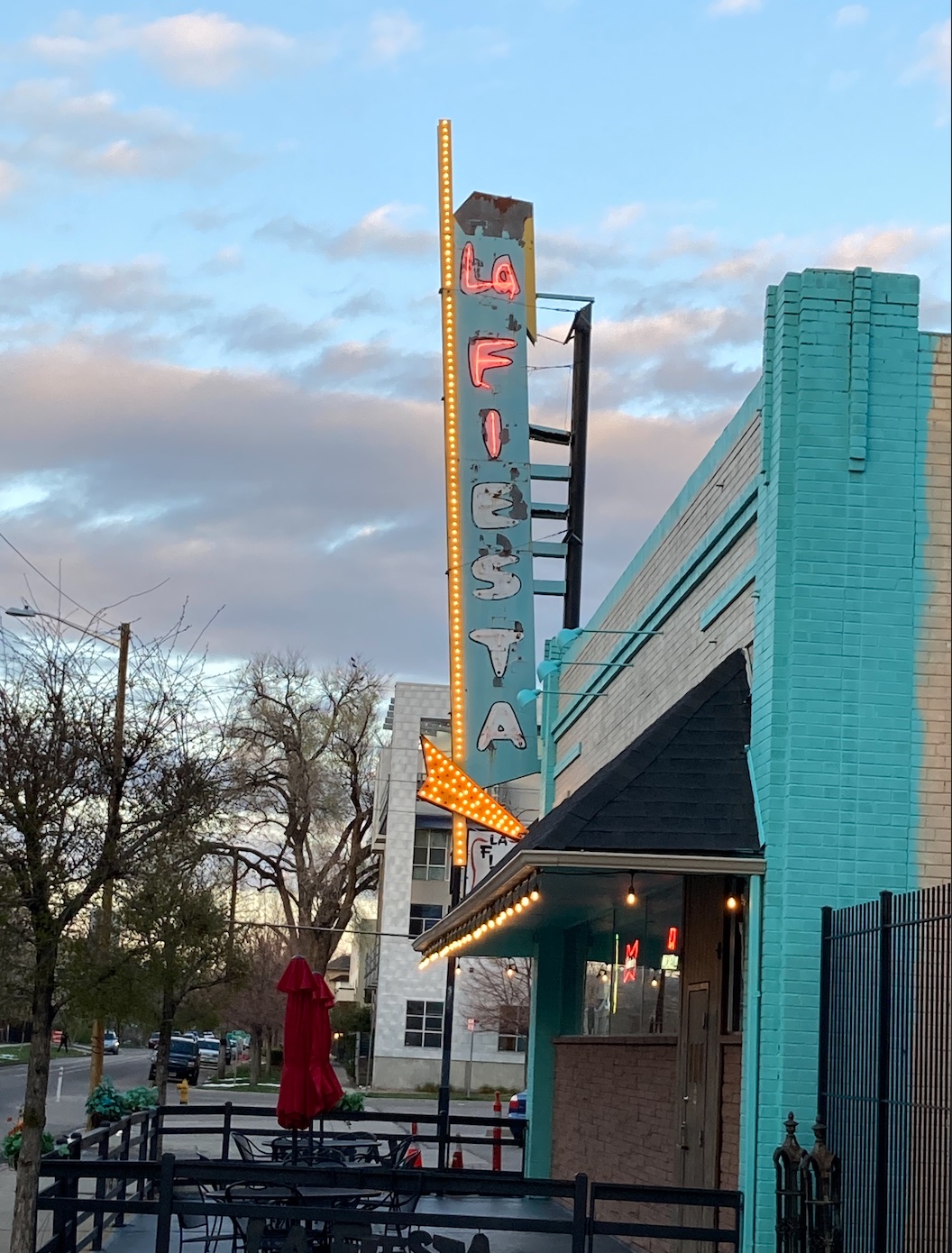 2. Eat at some of the best Mexican restaurants you’ll ever find

Now, unlike most of you, I’m not a big foodie. Unfortunately, I find it difficult to appreciate really good food. I’ve eaten the same breakfast every day for the past five years. For lunch and dinner, I rotate between the same three or four combinations.

Food is fuel for me -- not meant to be something to overindulge in or actually...enjoy.

Despite my complicated relationship with food, even I can appreciate the Mexican food scene in Denver. Or, as the locals call it, Den-Mex.

Green chile is a Den-Mex staple. I first tried it at La Fiesta (above), widely regarded as one of the best Mexican restaurants in Denver. Enchiladas, burritos, tacos or anything else you order should have a good helping of green chile right next to it. I really can’t describe it; you just need to try it.

I don’t know if it’s an actual fact, but I’d venture to say more Mexican restaurants exist per-capita in Denver than anywhere else in the country, except for maybe some cities in New Mexico, Arizona and California.

A huge Mexican influence exists in the city, and you can see it everywhere. But you can actually taste it in the delectable cuisine served up in the plethora of Mexican restaurants in and around the city. 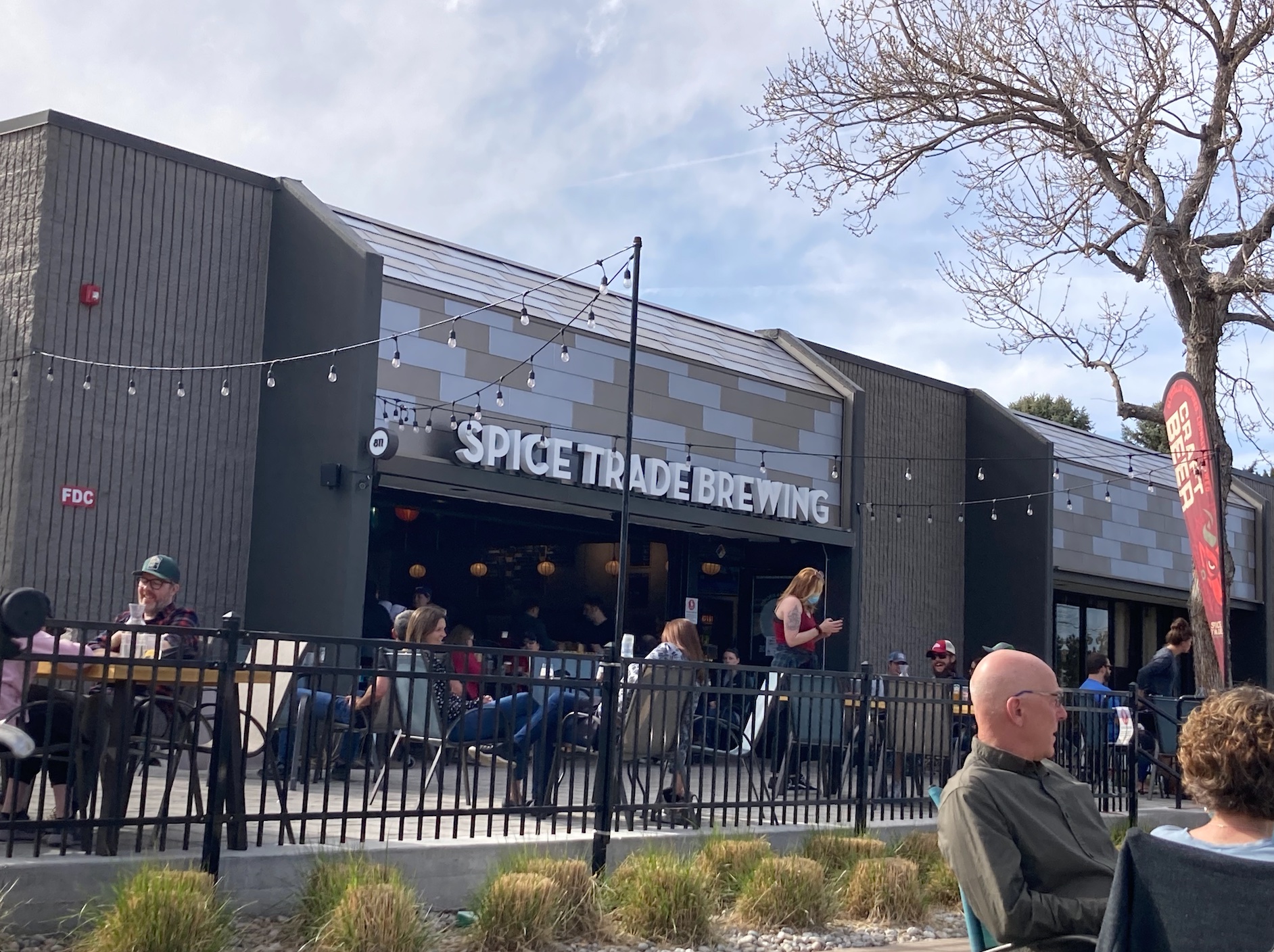 Few things make me happier than an IPA after a long bike ride or a pilsner by the fire.

I thought I lived in a serious beer culture in Connecticut. But then I arrived here, and it’s a completely different world. There’s breweries EVERYWHERE, and I absolutely love it. Brewers do a lot of experimentation out here, and I’ve come across some strange concoctions in my short time here.

Before, I used to have to drag people along to breweries with me. Now, people ask me to go!

Don't get me wrong -- young people in Denver still love a night on the town, but everyone also loves a brewery pregame or a more low-key night at a brewery, which I’m always down for. 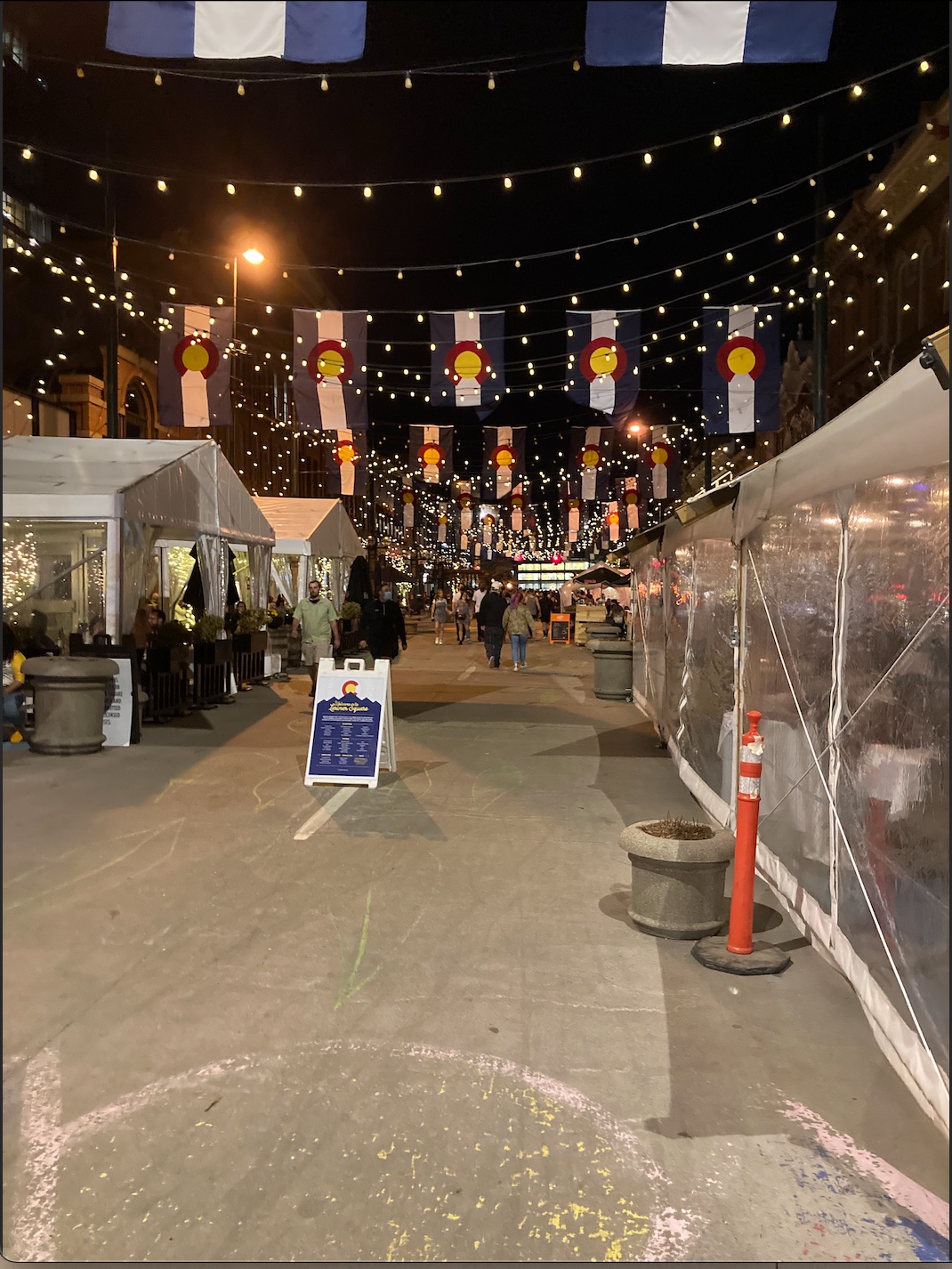 4. Walk around LoDo on a Saturday night

Lower downtown, or LoDo as the locals call it, is the place to be.

Coors Field, home of MLB’s Colorado Rockies, is located in the middle of LoDo, which means tons of bars and restaurants line the streets. The famous 16th Street Mall seemingly stretches for miles, featuring about any type of entertainment option you could want.

The city is energetic during the day. But in the nighttime, especially along Blake Street or by Union Station, Denver comes to life.

Walking down there on a Friday or Saturday night and just people-watching is one of my favorite things to do. I love to see people having a good time with their loved ones, making memories that will last a lifetime.

Sometimes, when I see two people on a date, I make up stories in my head about how they met. Weird, I know, but I just want the best for everyone else. 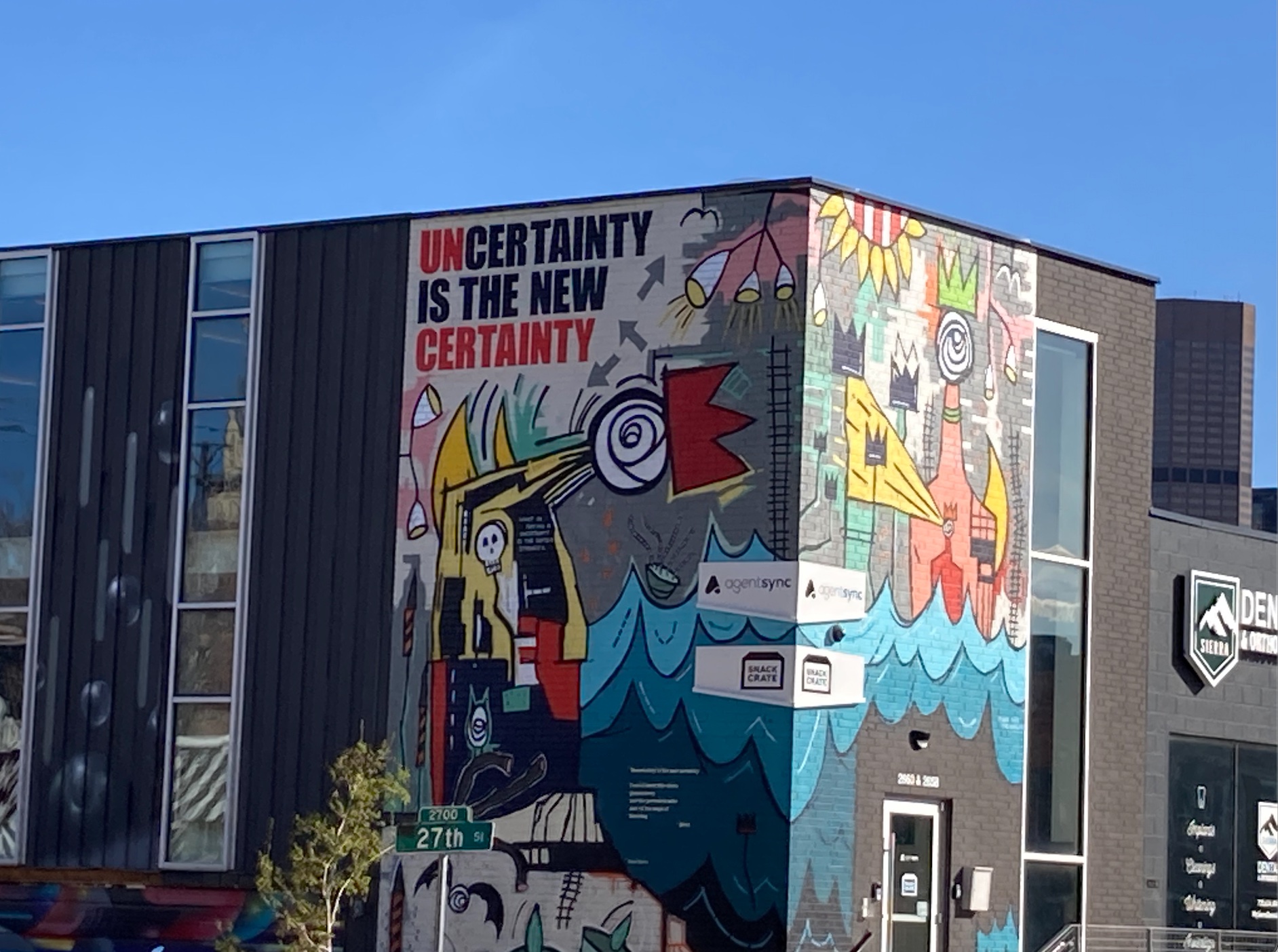 I’ve always been fascinated by street art. Some see it as a crime, others see it for the beauty that it is.

Take a stroll down Santa Fe Drive or along the streets of the RiNo (River North/above) and you’ll be sure to find something that sticks out to you, that makes you think, that you look at with wonder.

These are just five of many things I love about Denver. Additionally, a great coffee culture exists here too. And, the people are just so freakin' nice.

If I elect to stay long-term, perhaps those characteristics will make the next list.

If you enjoyed this post, please consider checking out our podcast to learn about more of my adventures! Peace and love.