life is short - a takeaway from Jake Lenok. 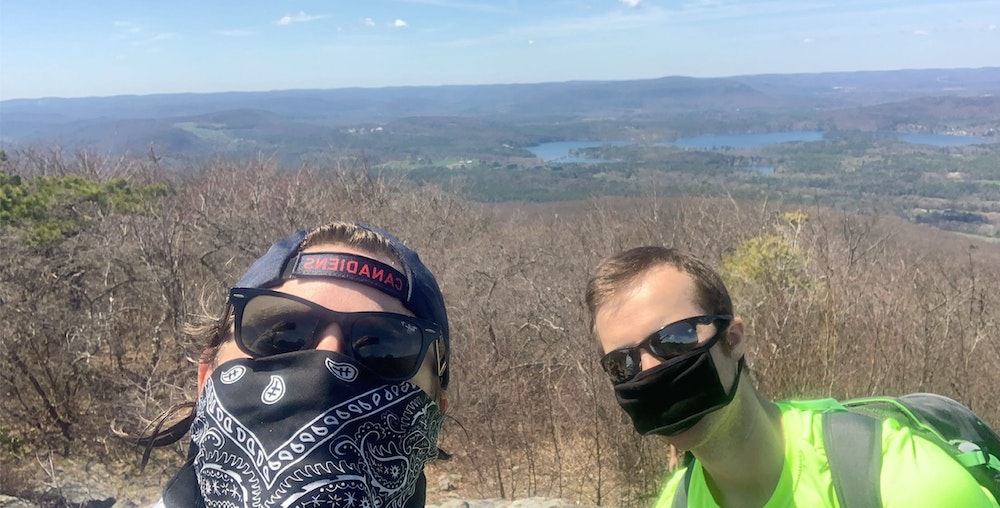 I absolutely loved my conversation with Jake Lenok on yesterday’s podcast.

We met around this time three summers ago at ESPN. Back then, if you told me he’d eventually become one of my best friends, that I’d go watch him run the New York City Marathon, that I’d partake in “Blackout Monday” with him, that I’d do my laundry at his apartment regularly, I simply wouldn’t have believed you.

When I first met him, I didn’t like him. Everything about him annoyed me. I was so laser-focused on work at the time that I judged him solely on the surface level.

Fortunately, work circumstances forced us to spend a lot of time together, and he eventually grew on me.

Today, I can proudly say he’s had a major impact on my life. He drew me out of my shell, made me see the bigger picture. He showed me hard work and having fun are not mutually exclusive; you actually can do both and still be successful.

And whether he meant to, I’m not sure, but he also taught me about the importance of making the most out of this short time we have.

Jake loves people. He enjoys doing things. And he’ll go to any lengths necessary to ensure he can do things with other people.

For example, one night two summers ago, Jake and I were sitting outside at his apartment, passing a bottle of Fireball back and forth (this night did not end well, as you might imagine).

As we laid out plans for the evening, I mentioned I’d invited a friend of mine to go out with us, but that she would probably decline because of how far away she lived from the action.

So Jake, who hardly knew this girl, offered to buy her a $60 Uber ride so that she could come have a good time with us.

She still said no, but I know he would have followed through with it in a heartbeat. That’s the kind of guy he is.

For Jake, money isn’t an obstacle. Meaning, if cash is tight, he doesn’t let that get in the way of having a good time. Dollars and cents are trivial and meaningless compared to the importance of making memories and surrounding yourself with good people who brighten up your life.

Thanks for showing me that, Jake. I didn’t understand that before I met you and our friend, Conner.

Before I head out for the weekend, I want to leave you with something Jake said in the early portion of our conversation. He said,

“We all need to socialize. In order for our brains to operate correctly, whether it be a Monday, Saturday, Tuesday, whatever, you do it. If you want to do something, just do it.”

Make plans with other people. Don’t stay home all the time. When someone asks you to hang, even if it’s someone you’re not that close with, just go for it.

Go out and party, even if it’s a Wednesday night and it’s an irresponsible decision. You’ll figure the next day out. Obviously, pick your spots based on what’s going on in your life at that specific moment. But life is short, man. These moments we have, especially as young people, are fleeting.

A time will come when you won’t be able to do the things you can now. One day, you’ll reflect on this period of our lives, and you will miss it.

And you will hate yourself for not saying yes that one time, or for making up a last-second B.S. excuse another time.

That’s what Jake has always done, it’s what I do now, and it’s how you should live too.

With that in mind, have an amazing weekend.

If you missed my podcast with Jake, please be sure to listen to or watch it.