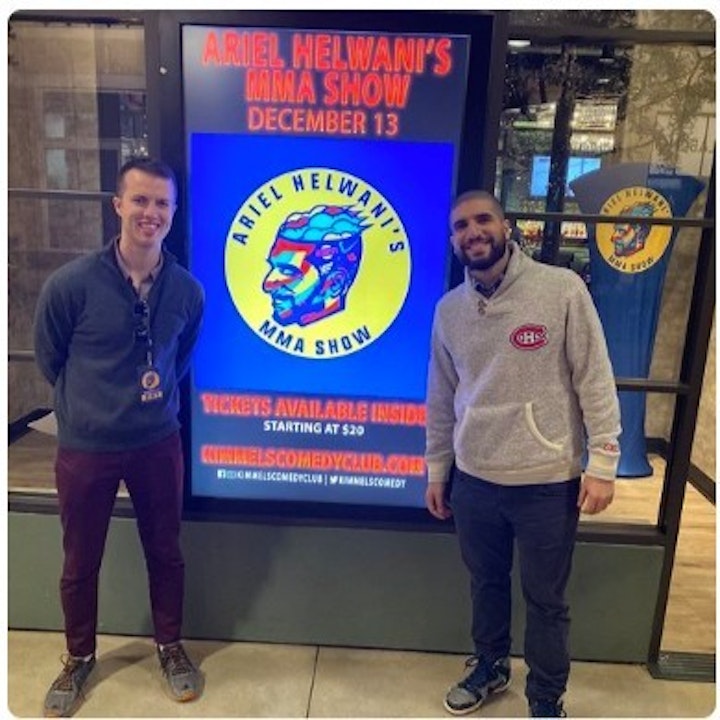 That’s how I felt in my final months at ESPN. When I walked out of those doors for the last time, I promised myself I’d never let the corporate world take advantage of me again.

In fact, I vowed to never return.

That is, unless one specific company, somehow, miraculously, incredulously, came calling someday.

I’ve accepted a position at Spotify.

The biggest audio streaming behemoth on the planet. The exclusive rights holders of world-renowned podcasts like The Joe Rogan Experience and Call Her Daddy. A forward-thinking, value-driven 21st century Europe-based company that’s asserting itself as the leader of the industry I love so dearly.

And that’s why I’m so excited to join the band.

More specifically, I’ll be a podcast producer at The Ringer, a sports and pop culture (similar to Barstool, but slightly less raunchy) web site that crushes it in the podcast game. Spotify purchased The Ringer last year for a price tag of $196 million from Bill Simmons, who I believe to be the greatest mind in sports media.

The Ringer is beefing up its combat sports coverage, and so I’ll be helping out with podcasts pertaining to the biggest fights in MMA, boxing and maybe even WWE.

Spotify recently launched an app called Greenroom, an exclusive live audio chat room where the hosts can interact with up to 2,000 fans in real time.

In The Ringer MMA Show Greenrooms, I’ll reunite with Ariel Helwani, the top MMA journalist in the world, and two other elite combat writers.

We’ll preview the biggest fights the day before in Greenroom. And seconds after those fights end the next day, we’ll hop on the app and will immediately break down the drama that just went down. And in case fans can’t join us in Greenroom live, I’ll take the audio from the session and will then publish it as a podcast to all the listening platforms.

It’s a really exciting opportunity, another dream come true in a year where I’ve accomplished so much. And I’m extremely grateful to Ariel for advocating to bring me on board.

So subscribe to The Ringer MMA Show, download the Spotify Greenroom app, follow me on the platform (@farkastroy) and join me and the guys to hear the biggest news from the biggest names in combat sports, if that’s your thing.

I know I won’t regret my decision to return to the corporate world. Spotify is an incredible company that treats its band members (employees) like royalty, and I'm confident this partnership will succeed.

For more on today's news, please check out today's episode of the podcast.