work hard in silence: a takeaway from Kevin Huerter. 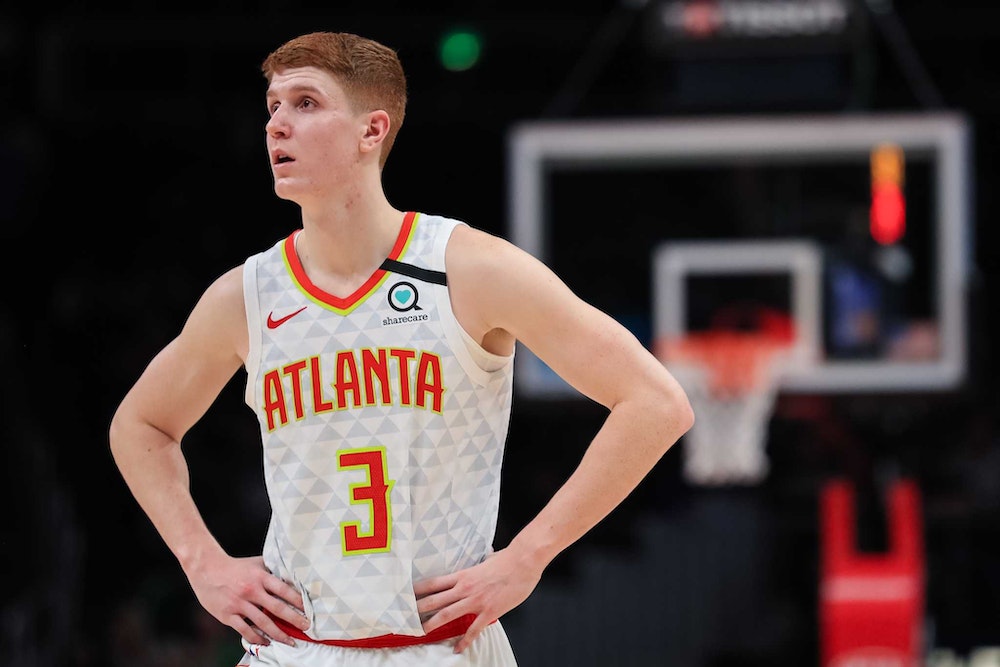 Yesterday was definitely one of my favorite podcasts so far. If you missed it, you can watch or listen by following these links.

At the end of the day, I want nothing but happiness and success for the people in my life.

And man, Kevin Huerter was just so happy when I spoke to him this week. I could see it in his eyes.

He bought a house in a city that loves and respects him. He lives with the woman of his dreams, owns two dogs and makes millions of dollars a year playing a game he loves.

What more could you ask for?

When people suddenly become famous, I fear they'll change, that they’ll let success get the best of them. Especially for a young person like Kevin.

But let me tell you, after talking to him before, during and after the recording, Kevin hasn’t changed one bit.

And that’s the most admirable thing about him.

So many people fall into the trappings of fame. They buy into the hype and think they can do no wrong, which eventually leads them astray.

But Kevin is still very hungry. He wants to get a (more lucrative) second contract.

And he wants an NBA championship.

And even when he gets those things one day, he still won’t stop. I know how Kevin operates. He’s competitive as hell, and he’ll always find something bigger and better to strive for.

All in all, I’m really glad we got to catch up. He was my teammate for so many years, and there’s a special bond that’s formed through all the games, practices and summers we spent alongside one another.

Of all the things we discussed, there’s one thing he said that really stuck out to me.

‘There was a lot of time spent behind closed doors,” Kevin said of his practice habits during childhood. “I feel like everyone has one of those stories about what they used to do growing up and things they did to get better.”

“It's a combination of a lot of different things that obviously a lot of people don't know.”

For years, rumors circulated about where Kevin and his older brother, Tom, trained. The Huerter boys didn’t play at the YMCA or the local park like the rest of us. I wrongly believed they didn’t practice at all -- that they were just so naturally gifted that training was unnecessary.

Well, turns out they practiced behind closed doors.

In the garage before school. At dad’s workplace. At Siena College. At an old warehouse.

And they didn’t tell anyone about it, leading all of us to believe we were the only ones trying to get better every day.

Instead, they soared past us in silence.

Don’t talk about it, be about it. Kevin is a living embodiment of that, and look where it’s gotten him.

Congrats on everything, Kev. I’m so proud of you and everything you’re accomplishing, and I’m so happy that you’re happy.

Better yet, this is only just the beginning.